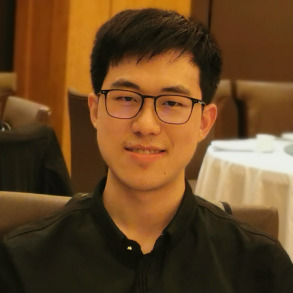 ​ As the National Celebration Holiday ends and the courses begin, a brand new life settled, for a new freshman. Wandering in the huge campus, a glorious sense of proud came in to my mind. Being eventually a student in NJU, I was about to make something great in my next 4 years. I wanted to become an excellent student. I wanted to earn lots of scholarships. I wanted to be the top. I speak on the valedictory ceremony…

​ However the dream almost came to an end in the first Calculus course. I had been weak at Math stuffs ever since my junior school. As you can see it seems that I am more capable of writing things down and telling stories like this, rather than sitting for an hour checking where the hell I had made a silly mistake in calculation(smile). Calculus made myself mad, in that not only it was difficult to work out a solution, but also challenging to avoid any silly mistake I had made. Upon receiving the homework paper with bunch of red crosses, I went upset. The dreams seem to fall apart from the ever beginning.

​ Shortly in the middle of November, there is a mid-term exam. Right before the exam day, there was a yearly online shopping festival. But I had almost no impetus to buy anything, since the calculus seemed to be overwhelmingly difficult. Atthat exact moment, I realized that I simply had not much gift in maths, neither interests. For the first time, I experienced great humiliation in that I seldom encountered such desperate and exasperating experiences, when I striven to learn, but in vain.

​ But that was not the worst. One semester later, in Calulus II, I obtained a pitiful score of 67, almost failed to pass. For the first time, I decided to flee, and I made myself clear: